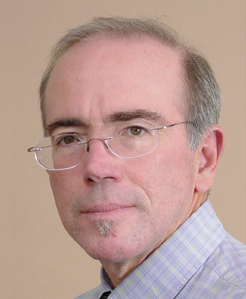 Tapping into a Culture of Innovation


What good is a manufacturing renaissance if it doesn’t produce lots of jobs for unskilled or semi-skilled workers?

It is certainly true that, it’s current revival notwithstanding, manufacturing is not likely to generate semi-skilled jobs the way it once did. That’s because automation-driven productivity has reduced the need for direct manufacturing labor. At the same time, automation has created a demand for a new generation of educated, technically-proficient workers.

But one thing manufacturing is generating in inspiring abundance is innovation. I am qualified to make that statement because, as director of the Manufacturing Leadership Awards program, every year I get a ringside view of the actions some of the best manufacturers in the world are taking to get better.

And this year, the ML Awards program’s 10th, the innovation level was off the charts. Harnessing a wide range of emerging technologies such as enterprise social networking platforms, advanced analytics tools, advanced robotics, and collaboration tools, winners from across the globe and across manufacturing verticals found ways to accelerate innovation and collaboration, increase their agility, and successfully cope with the complexity that comes with fast-moving global markets and dramatically rising customer expectations.

Another inspiring group innovated around the use of 3D printing, advanced robotics, CNC machines and other emerging production technologies to create entirely new business models and to increase agility while cutting costs.

Such inspiring winning projects make me confident that, having emerged from a global recession, manufacturing leaders around the world are entering a phase of accelerating innovation.

Of course, as this kind of transformative innovation spreads, it puts pressure on all manufacturers to measure up or risk falling behind. And that fact inevitably raises the question: What distinguishes organizations that are able to envision and execute transformative projects from those that are not?

One big differentiator I’ve noticed is this: Manufacturing leaders more often than not have cultures that are open to change. They embrace it, and they are able to make the course corrections that are almost always necessary to successfully land a truly transformative project. This may explain why companies such as General Electric, IBM, Lockheed Martin, and Lexmark do very well in the Manufacturing Leadership Awards program year after year.

This may seem obvious. But, sadly, it is not all that common. In fact, a recent study by Booz & Co. illustrates the critical link between culture and successful transformational change. According to the study, only 54% of change initiatives are adopted and sustained. And, among companies where change was not adopted and sustained, a minority (24%) said they had been able to use their existing culture as a source of energy and influence during the change effort. And only 35% of those whose change efforts had failed said they saw their companies trying to leverage employees’ “pride in and emotional commitment to their organizations.”

By contrast 71% of respondents who said change programs at their companies were adopted and sustained also said their companies leveraged employees’ pride in the organization and their emotional commitment.

In other words, companies that are successful at implementing and sustaining important change programs such as those honored by the ML Awards are consistently able to tap into core aspects of their existing cultures to engage employees.

So how do they do that? Here are some common cultural traits I’ve observed among ML Award winners:

Of course, adequate financial and human resources, not to mention wisdom and experience, also help manufacturers successfully carry out and sustain transformational change programs. But it’s worth keeping in mind that the ability to tap into existing, positive organizational cultural traits is also an important piece of the formula that makes manufacturing leaders.

Want your company to be recognized for its excellence in manufacturing? Nominations for the 2015 Manufacturing Leadership Awards open August 21. 2014.
Posted by Unknown at 3:22 AM